The Inveramsay Bridge is a new bridge carrying the A96 over the Aberdeen to Inverness Line. The bridge was constructed by Balfour Beatty and officially opened in 2016.

The work involved the construction of approximately 1.5 km of new road, including a new bridge that enabled the A96 trunk road to be realigned over the Aberdeen to Inverness railway and the creation of cycle paths and pavements.

The project aim was to remove congestion and improve journey time and reliability by realigning the A96 so that free flow of traffic is permitted without the need for the existing traffic signal controls.

It was important that these newly installed bridges and their surfaces were protected for the long term at the time of the build, so Balfour Beatty protected them with our hydrophobic formula to protect against the elements. 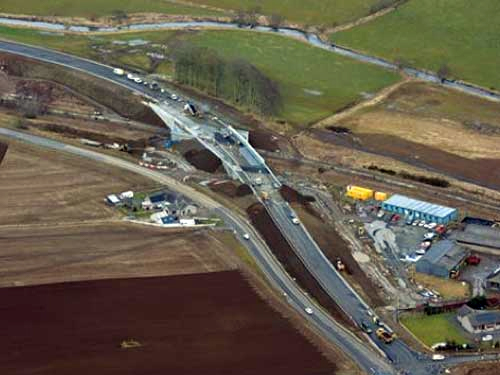 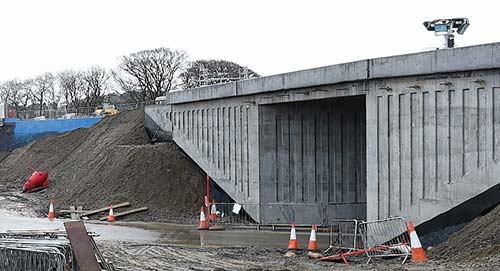 Epicuro’s Hydrophobic Bridgeguard was applied to all of the bridges and surfaces in order to offer extensive protection.

It will help to significantly reduce the rate of deterioration in the concrete building materials used on A96 and will decrease the number of repairs needed to the bridge and external surfaces in the future.

Work has now been completed on the new bridge and it officially opened in 2016.

Epicuro Hydrophobic Bridgeguard will help the exterior of the bridge’s surface remain protected for many years to come and reduce the inconvenience of construction work needing to be carried out in the future.